Then & now, Here’s how Apple and Samsung’s phones have evolved from 10 years ago

Samsung started selling its first Android phone a decade ago, and has maintained a rivalry with Apple – then on the third generation of its iPhone, ever since.

Going into 2010 there were two hot smartphones on offer: the brand new Galaxy from Samsung, and the iPhone 3GS, the much faster successor to the third generation of Apple’s range.

Both companies have stuck to those ranges since, with Apple moving up to the 11th generation of its smartphone, and Samsung now selling the 10th generation of the Galaxy.

But while those modern phones are direct descendants of the smartphones on offer a decade ago, they look a bit ridiculous when compared side by side. In the intervening generations screens have stretched (and come to offer much higher resolution), cameras have multiplied, storage has swelled, and speed has jumped ahead in a fashion that would have been hard to imagine in 2010.

Here’s how the smartphones of 2010 stack up against their decedents going into 2020.

Samsung’s first Android phone, which it designated “Galaxy” (no “S” yet), was released in mid 2009 and became one of the more popular Android phones going into 2010, despite some serious limitations leading to a not universally enthusiastic reception.

What users and reviewers did approve of was the “vivid OLED” screen of 3.2 inches – at a resolution of 320×480 pixels. 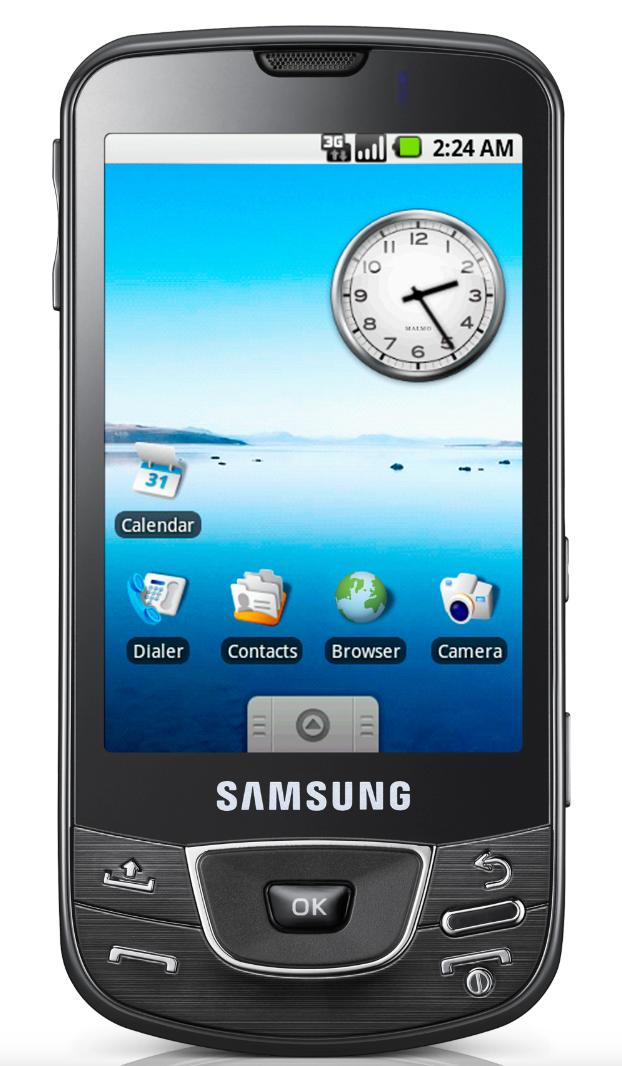 Other notable specifications for the original Galaxy were:

The current Samsung Galaxy S10 available into 2020 is a little different.

The standard-sized Galaxy S10 comes with what the company styles a “Infinity-O Display” of 6.1 inches with a resolution of 3040×1440. Here’s how it compares to the original Galaxy in other respects:

Towards the end of 2009 Apple added an “S” – as Samsung would later do – to its phone description, releasing the iPhone 3GS as a successor to the 3G, with the “S” denoting “speed”. Apple marketed it is “the fastest smartphone”, mainly by showing how much faster apps launched on the 3GS than on the 3G.

While those demonstrations were impressive for a model-on-model improvement, Apple has come rather a long way in the decade since.

Reviewers were generally not impressed enough by the improvements to recommend that existing iPhone 3 users upgrade, but the 3GS remained on offer, and popular, for years before it was eclipsed by the fourth-generation iPhone. Here are the headline specs for what was Apple’s top phone in 2010:

Here’s how the iPhone 11 Pro that takes Apple into 2020 compares. I am the founder and Editor of UpWeeks.com If I am not coding, I am learning how to or writing and designing. Ultimately, I love sharing information and keeping people informed.

iOS 14, moving from intel & MacOS Big Sur: Everything announced by Apple at WWDC

Apple, Google teaming up on a Covid-19 Contact tracing feature for Android & iOS

Donald Trump has been acquitted, Romney Only Republican to vote against Trump.

SUBSCRIBE TO OUR WEEKLY NEWSLETTER.You don't want to miss this. No Spamming.
COVID-19 Updates & News